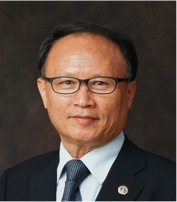 FOR WORLD MISSION MOVEMENT IN THE 21ST CENTURY

“Established under the auspices of the Asia Missions Association, EWC envisions to be a catalyst for the world mission movement in the 21st century. We aim to develop world-class leaders, produce cutting-edge mission research and publications and provide forums for discussions and sharing of ideas. We are in partnership with churches, missiological associations, mission structures and theological seminaries.”

The leaders of churches and missions from fourteen countries in Asia joined to form the Asia Missions Association(AMA). At a consultation in Seoul in 1973, the establishment of a center for mission research and training was entrusted to Korea International Mission.

Korea International Mission planned to establish the East-West Center for Missions Research and Development in Korea. The organization sought to build upon the experience of generations of Western missions and provide the finest training possible.

At that time, Dr. David J. Cho, who had served as the Executive Director of the Consultation, was subsequently appointed by the Continuation Committee as its Secretary-Treasurer. He set a goal of training at least 10,000 Asian missionaries at the Center by the year 2000 A.D.

Dr. Cho took the initiative step of establishing the Summer Institute of World Mission in Seoul, right after the 1973 All-Asia Mission Consultation in Seoul. Before the establishment of this institute, there had been no missions training institute in Asia. The Summer Institute was attempted as an experimental project  that later become the permanent East- West Center for Missions Research and Development which was established as a project of the Asia Missions Association.

Between its inception in 1973 and 1999, more than 2,000 candidates and local pastors received their training at the Center. All of the candidates were college and/or seminary graduates and come from various countries in Asia. The countries represented were: India, Pakistan, Indonesia, Malaysia, Philippines, Thailand, Singapore, Hong Kong as well as from Korea.

Receiving the baton from the West, the churches in the East are pacing the highways to world mission. In addition, the vision of missions research and training in Asia has been steadily materialized.

In 1979, a groundbreaking service was observed and a campus for the Center was constructed. The campus was named “Pauline House”.

In 1999, Dr. Cho, founder of the Center, retired and the Pauline House was transferred to GMS (Global Mission Society).

In 2004, a group of leading senior fellow graduates of the Center formed a new Board of the East-West Center for Missions Research and Development to rehabilitate the Center. Dr. Cho appointed Dr. Timothy Kiho Park, Professor of Fuller School of Intercultural Studies, as his successor and new president of the Center. Dr. Park incorporated the Center in California, USA, and began reshaping the program and raising fund for the rehabilitation of the Center.

In 2008, Dr. Steve K Eom was appointed as general secretary of the East West Center for Mission Research and Development.