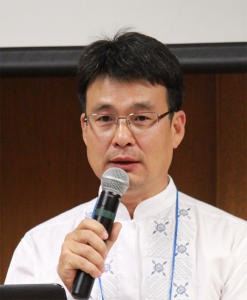 “The vision of the East-West Center for Missions Research and Development(EWC/mrd) is to develop strategies, train leaders, and connect resources for missions, through research and development, for the advancement of the Kingdom of God.” 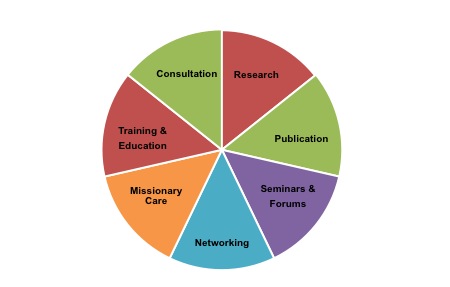 1. To help available missionary manpower keep pace with the population explosion at a time when the Western missionary force is not increasing.

2. To help prepare the missionary force in Asia that will eventually be required when China, North Korea and other communist countries open again, even tentatively, to the Gospel.

3. To train Asian personnel in an Asian program with Asian instructors and concepts.

4. To contribute, by joining in a common effort, to greater maturity in relationship between Christian institutions of the East and the West.

5. To invest the long accumulated Western experience and the results of in-depth studies of the West in missions training and utilizing resources of the East.

A few decades ago, the churches and academic institutes in the West developed and established the science of missiology as a field independent from the general fields of theology. Since missiology is a new scientific approach in the study of Christian mission, there are very few scholars and experts in the Western hemisphere as well as in the Two-Thirds World churches.

1. EWC stresses equal sharing from both the East and West, therefore, we would like to invite at least half of the lecturers of our institute from the West.

2. EWC will establish various courses and degrees in Christian missions. We are not only aiming to train young missionary candidates for their future fields, but also seeking to encourage eligible missionaries to carry on their research or graduate degree work.

3. Today, we are facing an enormous increase in demand for Asian missionaries in the unreached world. However, the missionaries who will carry out the task of propagating the Gospel beyond their own regions are naturally required to be equipped with various skills and techniques in terms of cross-cultural communication, culture and linguistic specialties. Without this special missiological training in addition to their calling, the modern mission will drift far away from success. Therefore, it is an acute and urgent task for Asian churches to train great forces for missions. The Center has pledged to fulfill this task for the Lord’s harvest fields.

4. For the first five years (1976-1980), the Center envisioned to train at least 250 candidates; half of these future graduates would be from various countries of Southeast Asia and other parts of the world. For the second five years (1981-1985), we planned to increase the number of graduates from 500 to 1,000. This double or triple multiplicity of students in our training program would be followed every five years so that our Institute would reach the goal of 10,000 graduates by the year 2000. 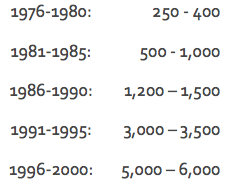 These estimated numbers were vision and plan for the evangelization of the world before the year 2000.

This site uses Akismet to reduce spam. Learn how your comment data is processed.