“Established under the auspices of Asia Missions Association, EWCMRD envisions to be a catalyst for world mission movement in the 21st century. We aim to develop world-class leaders, produce cutting-edge mission researches and publications, and provide forums for discussions and sharing of ideas. We are in partnership with churches.”

In 1971, Dr. David J. Cho made several trips to various countries in Asia, discussing the possibility of calling an all-Asia missions consultation. This proposal was warmly received and the first All-Asia Missions Consultation was held in Seoul, Korea on August 1973. As a result of that Consultation, the Asia Missions Association was formed in August 1975. The consultation hosted members from 14 Asian nations: Bangladesh, Cambodia, Brunei, Hong Kong, India, Indonesia, Japan, Korea, Pakistan, Philippines, Singapore, Taiwan, Thailand, and Vietnam.

Asian Missions Association has hosted a Triennial All Asian Missionary Conference in different Asian Countries since its All-Asia Mission Consultation in Seoul in 1973. Each conference ending with resolutions and action plans that have contributed to uniting Asian Churches and Mission Agencies for the advancement of the Gospel. The year 2013 marked the 40th Anniversary of the AMA and 11th AMA Triennial Convention was held in Inchon, Korea where it all started. The next AMA Triennial Convention will be held in Chiang Mai, Thailand in 2019.

o   To provide coordination, service, and exchange of information

o   To establish missionary research, development, and training centers in Asia and hold seminars to encourage and instruct Christian in missions and explore mission strategies

o   To cultivate sound relationship of churches and missions

o   And to take all other convenient and prudent actions in the interest of the member associations.

o   The 7th Convention in Jakarta, Indonesia, 2000 – “Missionary Vision for the Third Millennium”

o   The 12th Convention in Manila, Philippines, 2016 – “Globalization and Mission” 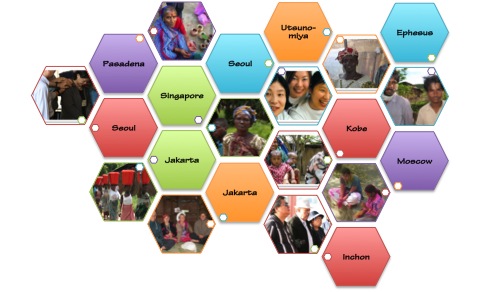